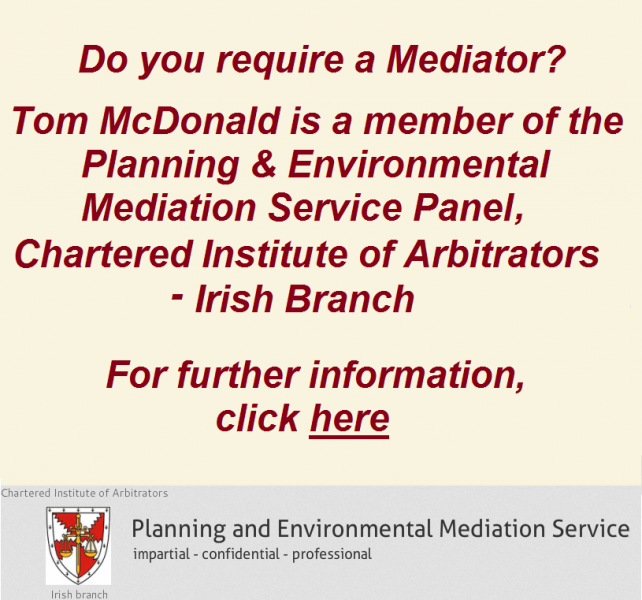 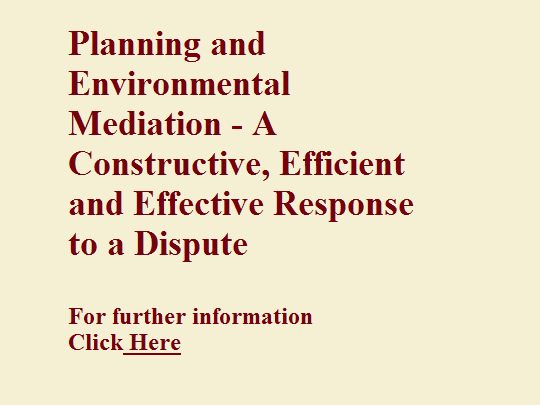 Alternative Dispute Resolution (ADR) is now seen as an alternative to litigation. Dispute resolution is extensively used at home and abroad to resolve disputes.

Litigation which is normally held in an extremely adversarial environment and is often considered by many to be highly costly.

The ADR term constitutes an umbrella name for a variety of processes which differ in form and application. It includes inter alia: mediation, arbitration, conciliation, adjudication, expert determination and other forms of dispute resolution processes. Features of ADR processes include speed, economy, flexibility in process and outcome, confidentiality and privacy.

It should be noted the above is not intended to replace existing systems for resolving disputes outside of the court system e.g. in the Employment Appeals Tribunal; the Labour Court in the employment field; or the Private Residential Tenancies Board in relation to landlord and tenant disputes.

The Arbitration Act 2010 which was signed into law on 8 March, 2010 entered into force on 8 June 2010. It applies to all arbitrations held in Ireland after the date of entering into force, but arbitration agreements will operate under the Arbitration Acts 1954 to 1998 where the arbitration commences before the 8 June 2010. The main purpose of the 2010 Act is to bring Irish law into line with international best practice by adopting the UNCITRAL Model Law which in turn has been adopted by over 50 countries. It is important to note for a contract entered into with a company in another country the clause should provide for Irish law to govern the conduct of the arbitration and Irish Law to be the substantive law of the arbitration.

The Mediation Act which was signed into law by the President on 2 October 2017: "An Act to facilitate the settlement of disputes by mediation, to specify the principles applicable to mediation, to specify arrangements for mediation as an alternative to the institution of civil proceedings or to the continuation of civil proceedings that have been instituted; to provide for codes of practice to which mediators may subscribe; to provide for the recognition of a body as the Mediation Council of Ireland for the purposes of this Act and to require that Council to make reports to the Minister for Justice and Equality as regards mediation in the State; to provide, by means of a scheme, an opportunity for parties to family law proceedings or proceedings under section 67A(3) or 117 of the Succession Act 1965 to attend mediation information sessions; to amend the Guardianship of Infants Act 1964, the Judicial Separation and Family Law Reform Act 1989 and the Family Law (Divorce) Act 1996; and to provide for related matters."